« Go back to blog

There is a reason the TV show 'The Office' chose a struggling paper company, Dunder Mifflin, to be the focus of its show. Paper companies are going out of business due to the inherent delays and bottlenecks businesses have sharing paper documents. The Office originally aired in 2005 and yet 17 years later the commercial construction industry is still tracking billions of dollars of work on paper Time and Material Tags.

We reached out to our customers looking for stories that highlight the challenges of tracking Time and Material Tags and Change Order work on paper. Below is our favorite submission.

"A couple of decades ago and while at another company, a key Painting Foreman had accumulated close to 75 Extra Work Order Tags without turning them in. He kept them in his truck, which was a 'boom truck' because he applied textured coating (in those days). One Monday he didn't show up for work... no one could get ahold of him... by Wednesday the boss contacted police and a Missing Person's Report was issued.

Well, he finally was found. He had gotten drunk after work on that previous Friday, woke up Sunday morning in a strange bed, and he had no idea where he had parked the boom truck.

How can you lose a boom truck? He did.

He was so embarrassed, he could not bring himself to report for work... and he kept searching for it all week.

The police found it.

Not only were we concerned about our Foreman, but he had over $50k of Extra Tags in that Boom Truck, all signed, but just not turned in!"

Let's break down how this story impacts each project stakeholder.

This $50,000 worth of paper work orders represents revenue this Subcontractor to cover the costs they spent performing work outside of their contract. Not only does driving them around in a boom truck add the risk they incurred but it also wastes valuable time in processing the associated Change Order Request to begin the approval process with their GC. Because a Subcontractor spends the money up front on T&M work it needs to be their goal to get reimbursed as fast as possible. While the boom truck was missing, this Subcontractor was financing $50,000 worth of work on the project.

In a perfect world, the GC would have logged each of these carbon copy work orders, ran their own math and forecasted the risk that they had just signed off. But with how fast paced and complicated construction projects are, there is almost never time to do this exercise.

Instead, the GC project team is relying on the Subcontractor to professionally document their T&M work, quickly process an associated Change Order Request and present the costs to the General Contractor. It isn't until this moment that the GC can truly understand the exact cost for the Tags they signed weeks before.

With this example, 75 Work Orders likely represents 75 days of work. Meaning at a minimum, the GC has been waiting over three months to understand the cost exposure!

At the end of the day, the GCs client is ultimately going to pay for the extra work either through an existing allowance or by adding cost to the project.

During these 75 days, the building owner or representative is trying to make value based decisions on their project with a full understanding of the project costs. When costs are written down on paper, sitting in a missing truck and delayed it can make it impossible to do that.

Let's say that during these 75 days, the owner thinks they have more money in the budget and decides to upgrade the flooring. Then a few days later, the GC presents them with these 75 work orders representing $50,000 in added cost. The client could have elected not to upgrade the flooring but instead they are now over budget or in a dispute with the GC and Subcontractor.

When this happens, tempers flare, lawsuits get started and relationships are broken.

With Extracker, these T&M Tags would have been instantly logged in our cloud based T&M Log for not only the Subcontractor but also for the GC. This way both parties would have instant visibility into the risks.

With the click of a button, the Subcontractor could create a professional Change Order Request using the approved project rates and instantly shared and logged it with the GC.

Within a few minutes of each Tag being signed the GC could have seen the project cost and acted proactively to inform their client or pause the work if the costs were becoming too high.

Ultimately everyone could have won. The Sub, the GC and the Owner.

We are glad the key foreman got home safely and the boom truck was found. We are even more glad they are now Extracker customers and as one of the largest drywall contractors in Northern California they are helping reduce risk and improve project outcomes for all stakeholders.

To get started, connect with one of our team members by 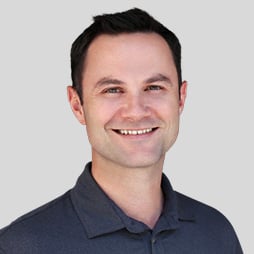 Cameron leads Extracker as the founder and CEO. After 10 years as a Project Manager at Devcon, a leading design-build GC, he knew there should be a better way to track and communicate on Change Orders. He started Extracker with a mission to help the entire construction industry get extra work processed and closed faster in order to reduce risk, waste less time, and strengthen relationships.

Never miss an update from Extracker.

See how leading contractors collaborate better on project change orders. Our team of commercial construction experts will walk you and your team through a live product demo of our Change Order Communication platform.

Time & Material Tags (aka tickets, EWAs, FWOs, etc.) are synonymous with headaches in the...